I love working with a variety of historic film formats, including making cyanotypes. These two photos were taken using a Holga film camera. The Holga is a medium-format film camera where the film is twice as tall as traditional 35mm film. These plastic cameras have all sorts of light leaks and quirks which make them fun to work with. You never know what you’re going to get. Both images were taken outside this Uxbridge gallery during a Holga workshop.

The double exposure image is not Photoshop. It was wholly done within the camera. I took one photo of a tire. I then did not “wind the film forward”. I then took a photo of a sign. The sign photo went right on top of the tire photo on the film itself. I did not use Photoshop on it.

The grill photo is an abstract done right here on Main Street. I love looking for reflections and unusual views of the world. Again, no Photoshop was used. That is what the camera captured. 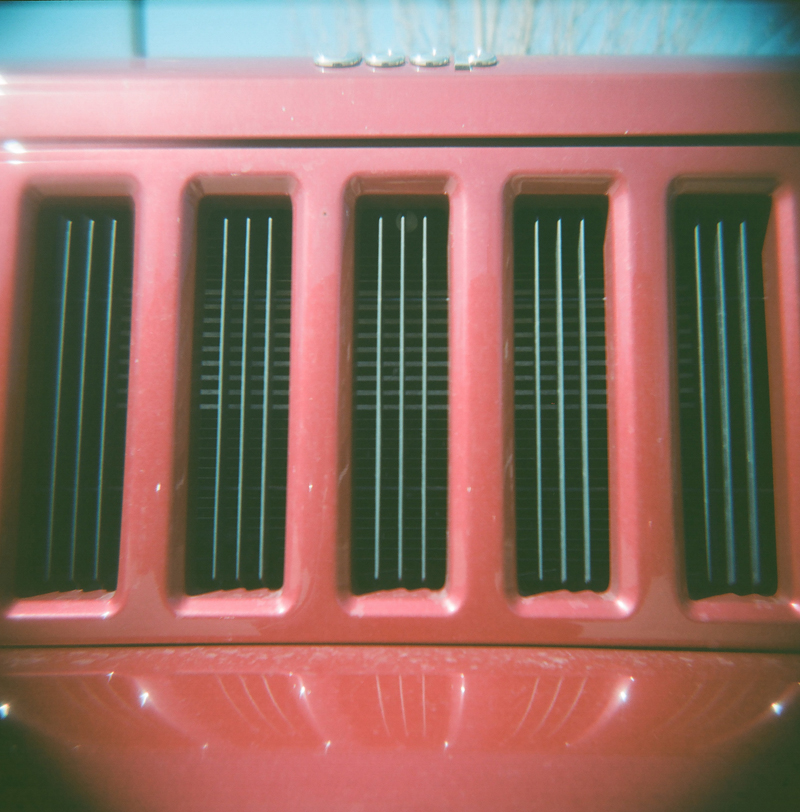 Here is an image of the Holga cameras. Since I have multiple Holgas, I label each one with the type of film I have in it. 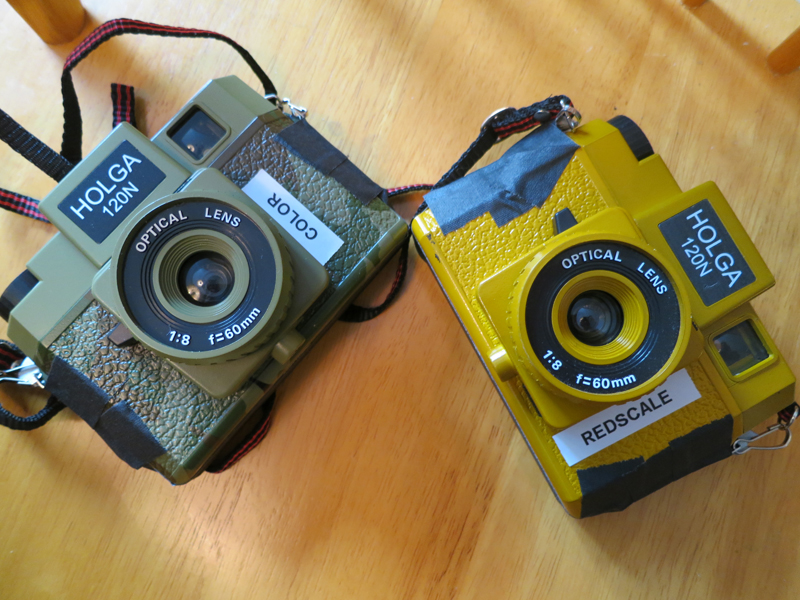 For a full gallery of Lisa Shea’s images visit: