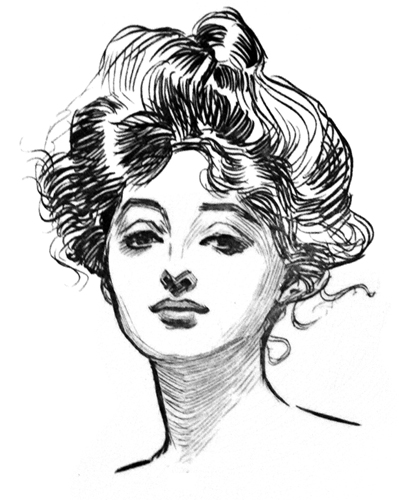 Today we celebrate the birthday of famous artist and illustrator Charles Dana Gibson! He created the iconic “Gibson Girl” style in the late 1800s which soon influenced fashion and society. He became fairly wealthy and was sought after by a variety of publications and marketing groups.

Gibson was born right here in Massachusetts! He was born in Roxbury. His talent in art was clear from when he was young and he attended the Art Students League in New York City.

He illustrated books. He created images for Life, Collier’s, and many other magazines. He did oil paintings. The Gibson Girl was found on a wide variety of products.

He eventually ended up being the owner of Life! So his talents ranged far beyond drawing and painting.

Here are a few books that feature Gibson illustrations:

Here’s an exhibition at the Library of Congress –