For our 2018 Art & Poetry pairing, one pairing was with artist Mike Zeis and poet Kevin Saleeba.

Here are the works they created! 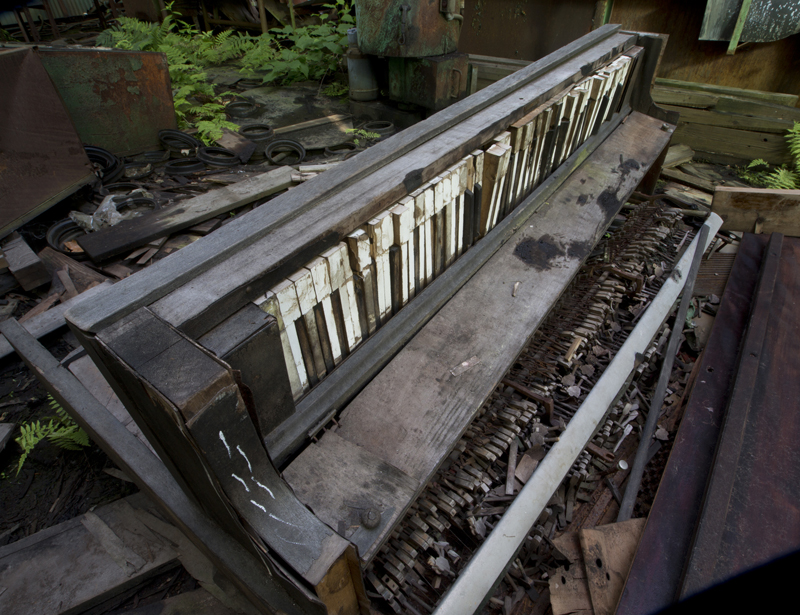 Forced to play the Upright Mahogany
As early as age four
Awkward fingers bumbled and stumbled
A terrible dance, this menacing song

Tripped by black and white keys of spruce
Hammers miss-struck bass and treble notes
The sound board soured with the vibration
No music was made, no inspiration

Bitter false notes ended as puberty enraptured
Not interested in Mozart, not attracted to Bach;
Not caring about Beethoven, Wagner, or Brahms

Ignored and not played, the Upright Mahogany
Moved to the dark and wet cellar
Temperature dropped
Varnished wood, the dust collected

Morphed and contracted, stretched and deformed
The pedal rod, the bridge, the pin block, the strings;
The nails, the screws, the glue, and the keys
Shape permanently changed
Pulled and stretched in all ways

The Upright Mahogany, now lying on its back
Tossed out with an old chair, a dresser, and trash

The second half of this pairing involved Kevin giving Mike a poem as a starting point. Kevin had already seen the original piano photo at this point and he provided this poem, in part based on that photo:

The room is quiet,
Like with a soft kiss,
While outside’s chaos
Falls into a dark abyss

Storm clouds surround my ominous thoughts
Hypnotized by the sway of nearby trees,
I watch drops drip down the window pane
The rain persists and builds; Paralyzed by the beating beads

The random rhythm of these drams
Causes me to raise my fist
With cheeks stained with tears
I punch the glass, cutting my wrist

In response, Mike created this artwork: 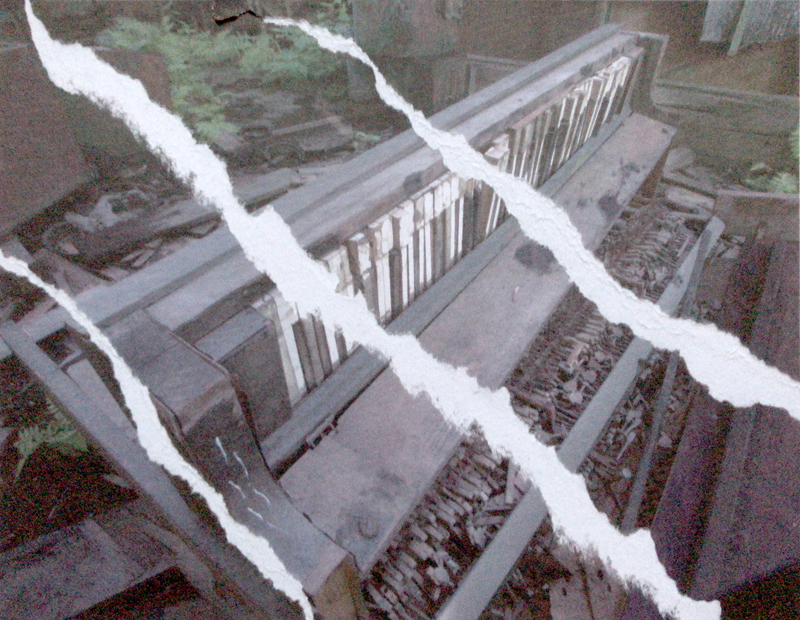